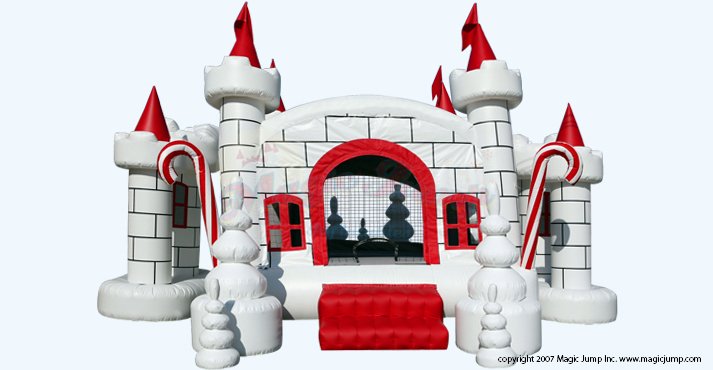 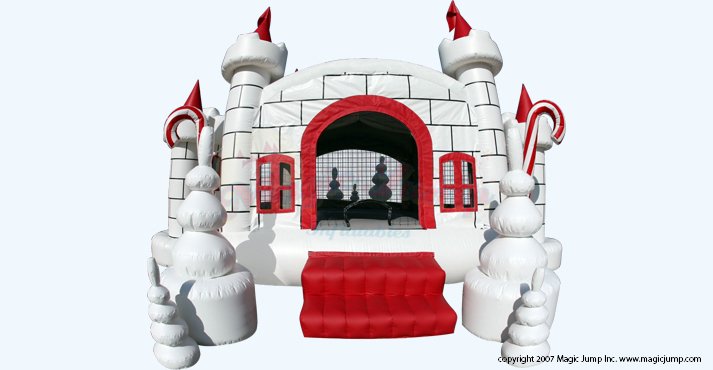 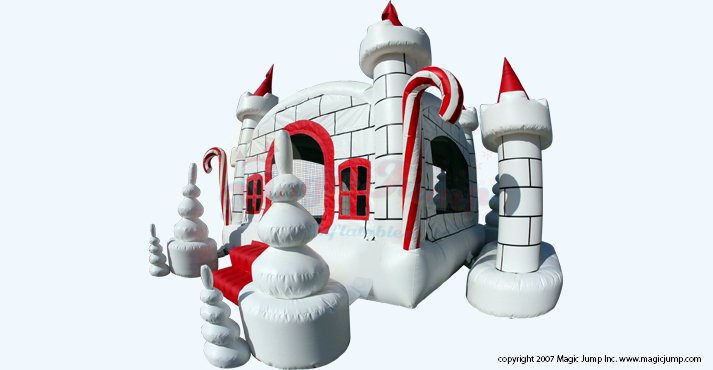 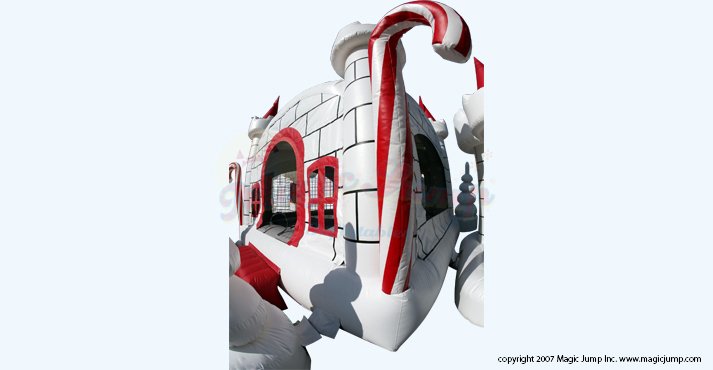 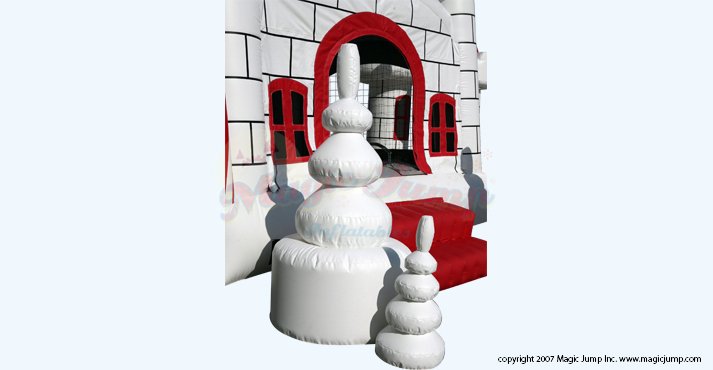 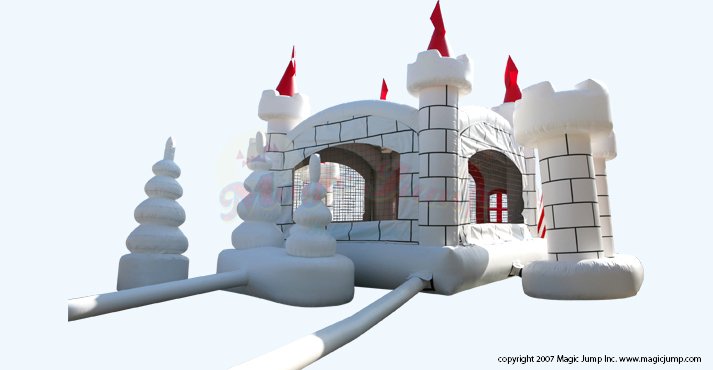 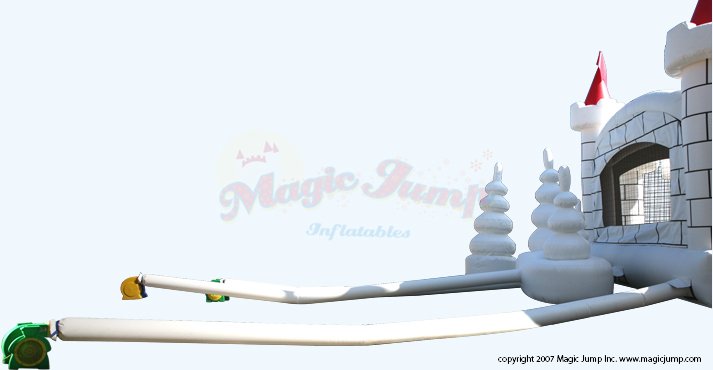 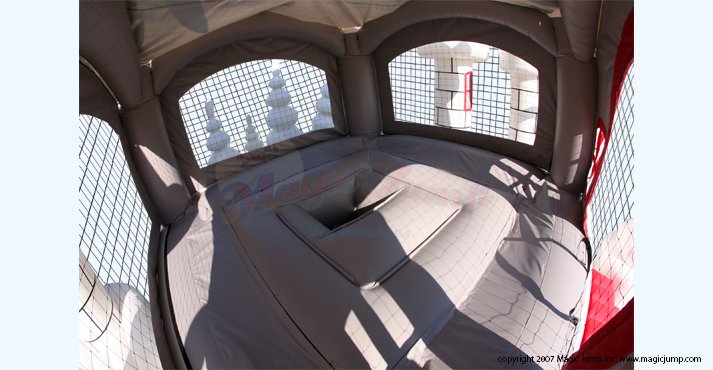 This Custom Movie Unit turned out to be an amazing, eye-catching product upon completion. It is a custom bounce house that was made for the set of the 2008 romantic comedy "Four Christmases". Magic Jump's design team worked closely with the art director of the movie to fulfill their one thousand and one requests. There were three different inflatable base mattresses made for the different filming angles and scenarios. Inflatable trees made to look like they were covered with snow were made, side and rear windows were crafted into the structure, an inflatable ramp was created for the front and side inflatable islands were all made to be removable to allow the cameraman access in trying to capture the perfect shot. The inflation tubes were even extended 40 feet away from the structure to prevent the blower noise from being recorded during filming. This Custom Movie Unit was a project like no other, and Magic Jump is proud to have it featured in a Hollywood film.

With the successful completion of the Custom Movie Unit, Magic Jump demonstrated its ability to satisfy any need, even that of Hollywood feature film art directors. Do not hesitate to present your design ideas to Magic Jump for creation, no matter how intricate they may be. Magic Jump takes pride in its abilities, in both communicating with clients regarding requests and translating them into a finished product that meets their specifications. Magic Jump looks to satisfy on all counts of production, rest assured that you will get a quality product crafted for durability and attractiveness from Magic Jump, a trusted name in the industry and Hollywood.