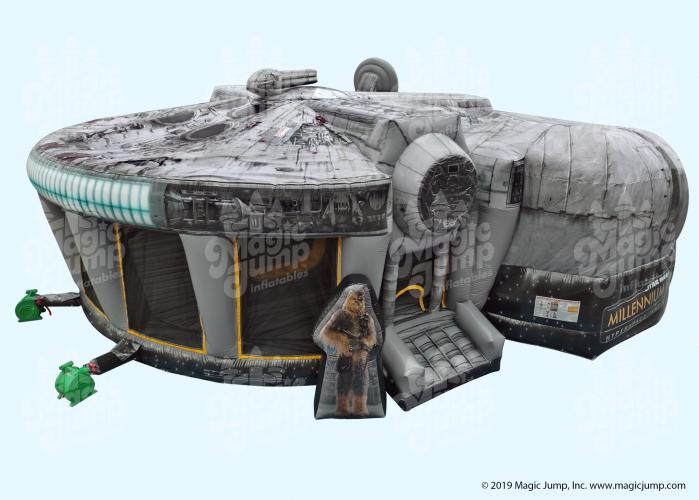 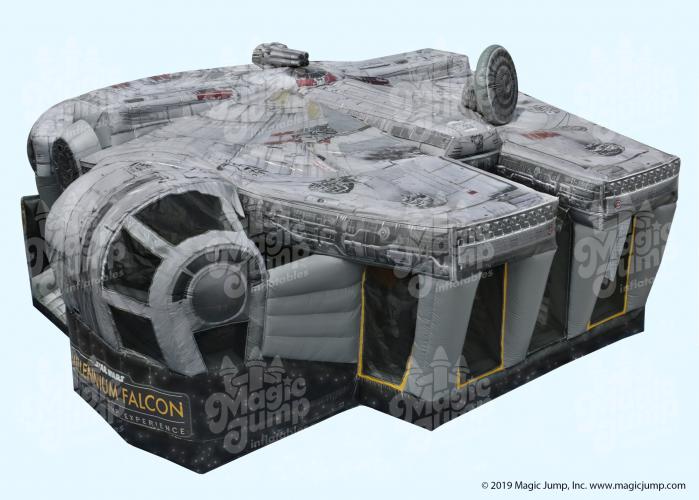 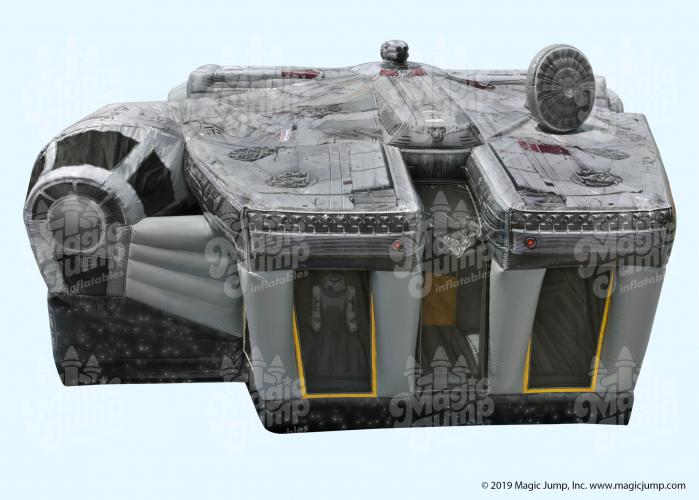 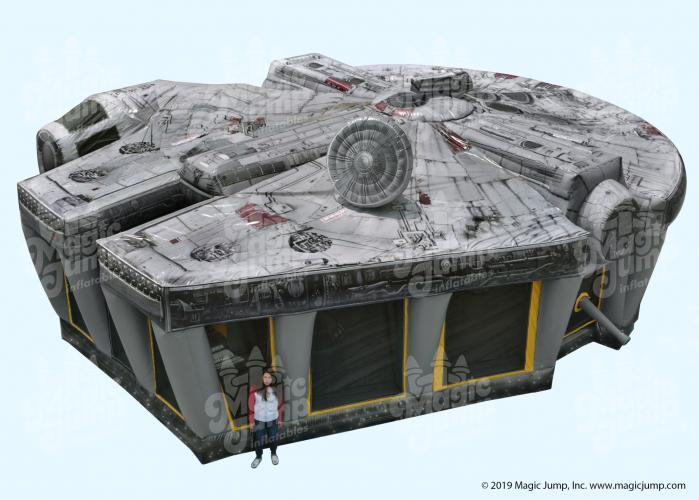 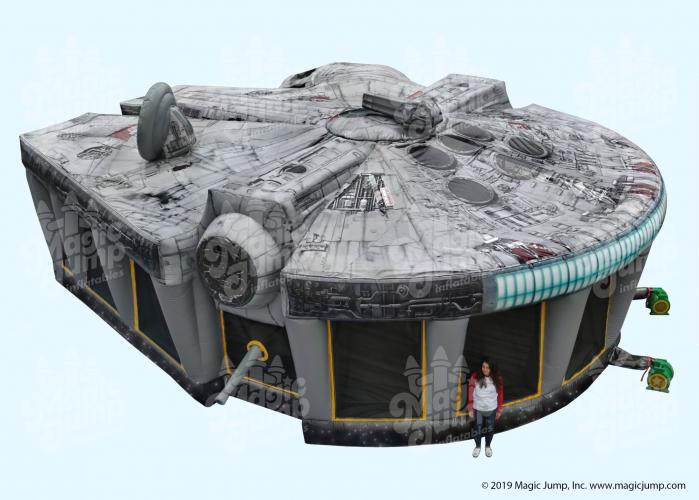 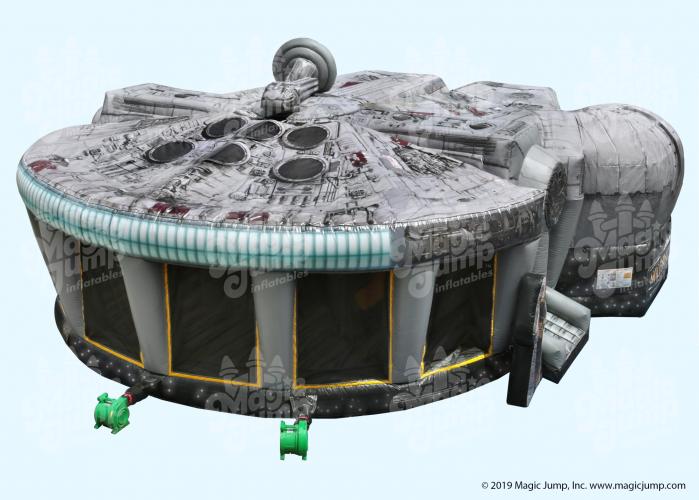 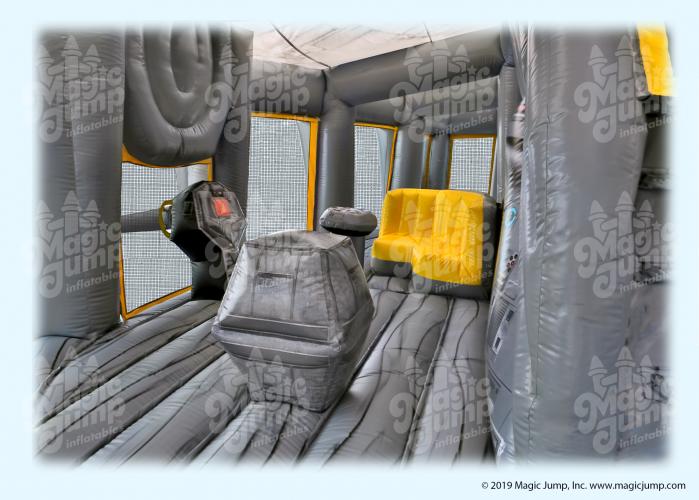 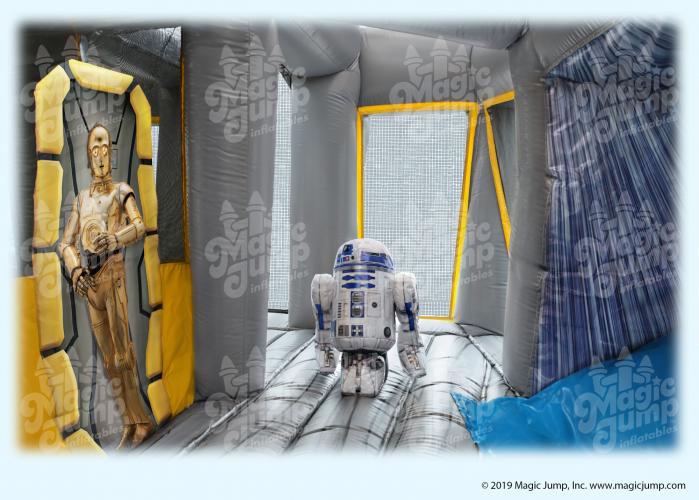 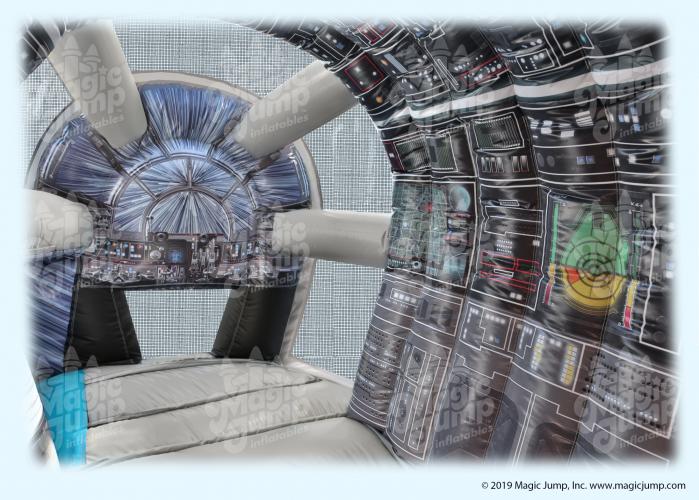 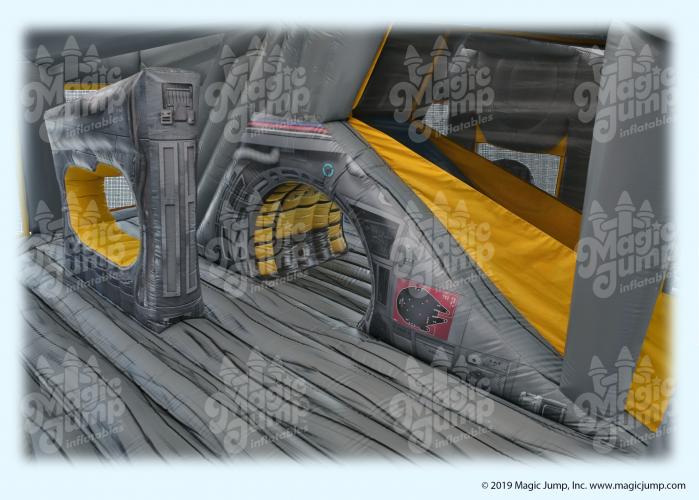 This Millennium Falcon Bounce House is an inflatable version of the Millennium Falcon, the legendary spaceship in Star Wars made famous by Han Solo and Chewbacca for its many adventures…and for famously making the Kessel Run in less than 12 parsecs.

Passengers will encounter an inflatable Chewbacca as they enter and an R2-D2 inflatable replica and C-3PO graphic as they jump their way around the ship. Passengers will feel the rush as they imagine piloting the Millennium Falcon like Han Solo and Chewbacca as they explore the cockpit area; pretend to operate the cockpit's master control panel with its gears, switches, and buttons; and eject themselves down a small slide.

In the main cabin, they'll come across inflatable pop-up obstacles such as a bunk, storage container, and holo-map where they can see a holographic-like rendering of the Death Star. Passengers can step up to the laser cannon turret where they can pretend to defend against Imperial forces, and they can also pretend to play dejarik at the hologame table. The pièce de ré·sis·tance is the taller climber and slide in the center of the ship with ceiling hatch graphic showing explosive battle with a Star Destroyer and TIE fighters.

Make the *jump* to hyperspace by featuring this officially licensed star wars inflatables attraction in your party rental inventory or family fun center. Designed in partnership with Lucasfilm and made with premium materials by master craftsman, the Star Wars Millennium Falcon bounce house Hyperspace Jump Experience is designed with fully licensed digital artwork. It is an epic ride, suitable for all occasions.