Los Angeles, CA (November 1, 2018) – Magic Jump, one of the world’s leading manufacturers of commercial inflatable attractions, has secured licensing deals with The Walt Disney Company and Marvel Brands, making them the only Official Licensee authorized to manufacture and sell “official” licensed inflatables in the U.S. based on top entertainment properties: Star Wars, Marvel’s Avengers, Mickey Mouse & Friends, Disney Princess, and many more.

“Magic Jump is filling the void left by our industry’s former manufacturer of licensed inflatables.  However, we’re combining Magic Jump’s high-quality, U.S. made inflatable attractions with a focused mix of the top entertainment properties in pop culture to create a total home run for our customers and the industry,” said Michael Berreth, Vice President of Marketing and Business Development.

Based on data from The Licensing Letter’s annual list of entertainment/character brands that generated over $100 million in licensed retail sales in the U.S./Canada for 2017, Magic Jump is licensing many of the top-performing licensed entertainment properties (including 4 of Top 10 spots):  Mickey/Minnie & Friends is #1, Star Wars is #2, Disney Princess is #5, Marvel’s Avengers is #10.

“Magic Jump is going to be providing safe licensed inflatables, as opposed to knock-offs which lack many safety features and have poor quality. Party rental companies can now buy superior quality “official” licensed inflatables from us, which comply with ASTM standards.  Magic Jump will take an aggressive stance toward companies manufacturing, selling or renting trademark counterfeit goods. Our goal is to promote the safety of the inflatable attraction industry,” said Sam Bagumyan, General Manager.

Per new data from market research firm The NPD Group, one-quarter of all kid’s products feature a licensed property. However, the inflatable attraction industry in the U.S. hasn’t had licenses and any new licensed product since a player in the industry exited licensing a couple years ago.  Given the product life expectancy of standard commercial inflatables made in China, Magic Jump anticipates owners of the former manufacturer’s licensed product will be ready to update their inventory to new licensed inflatables, particularly ones made in the U.S. where quality and safety standards are higher. 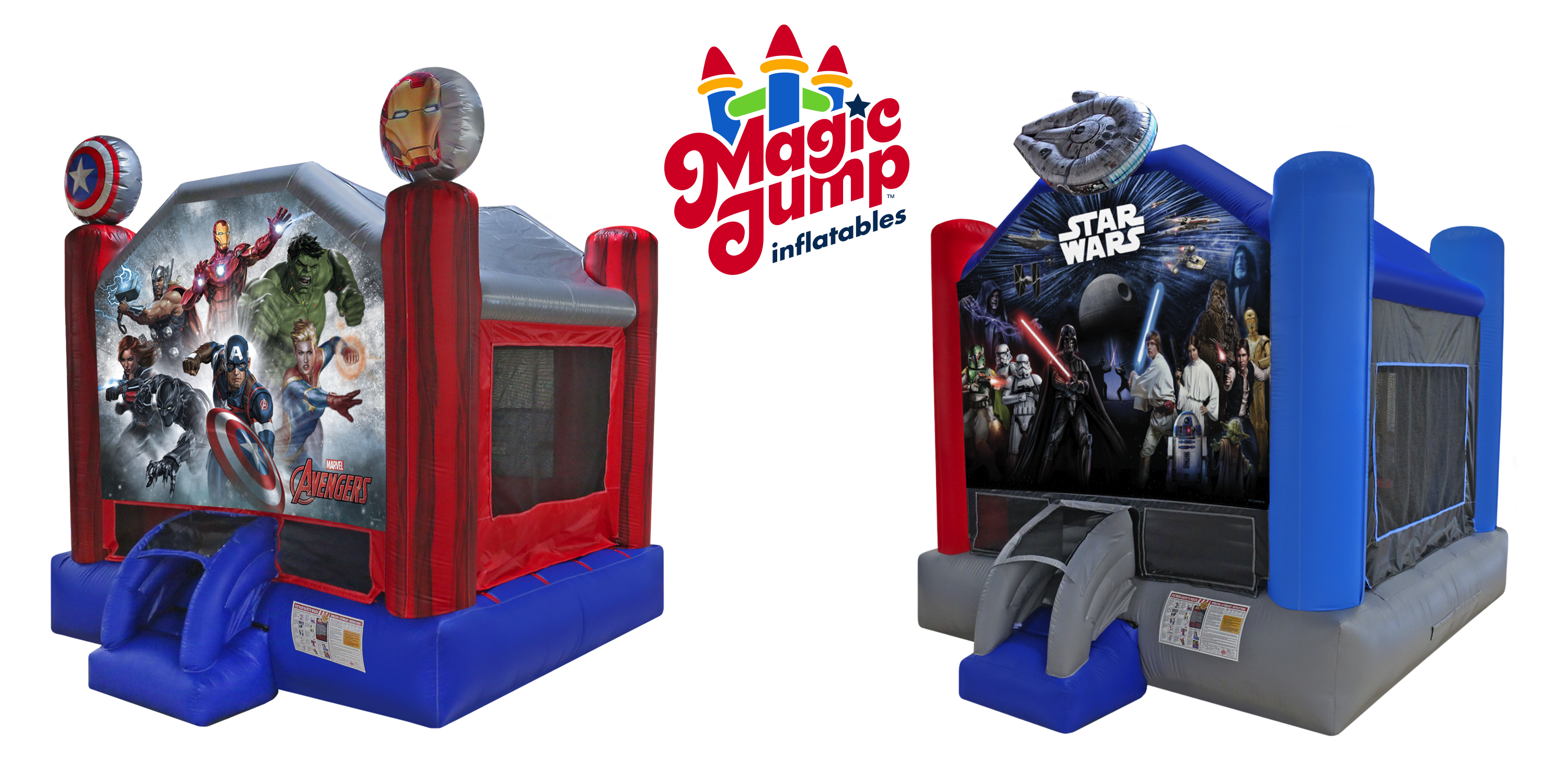