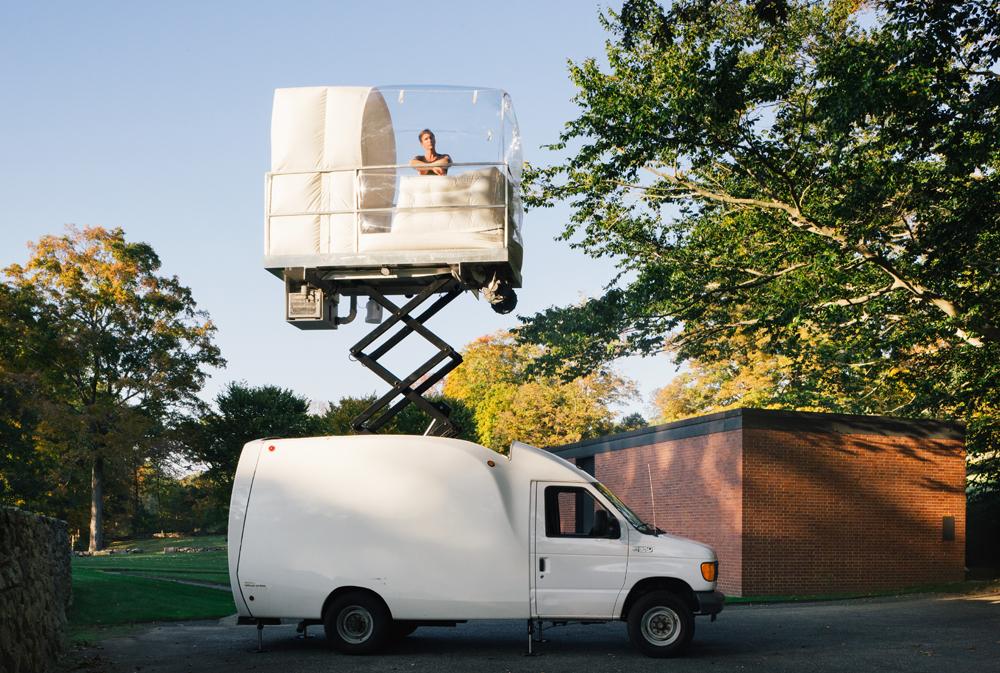 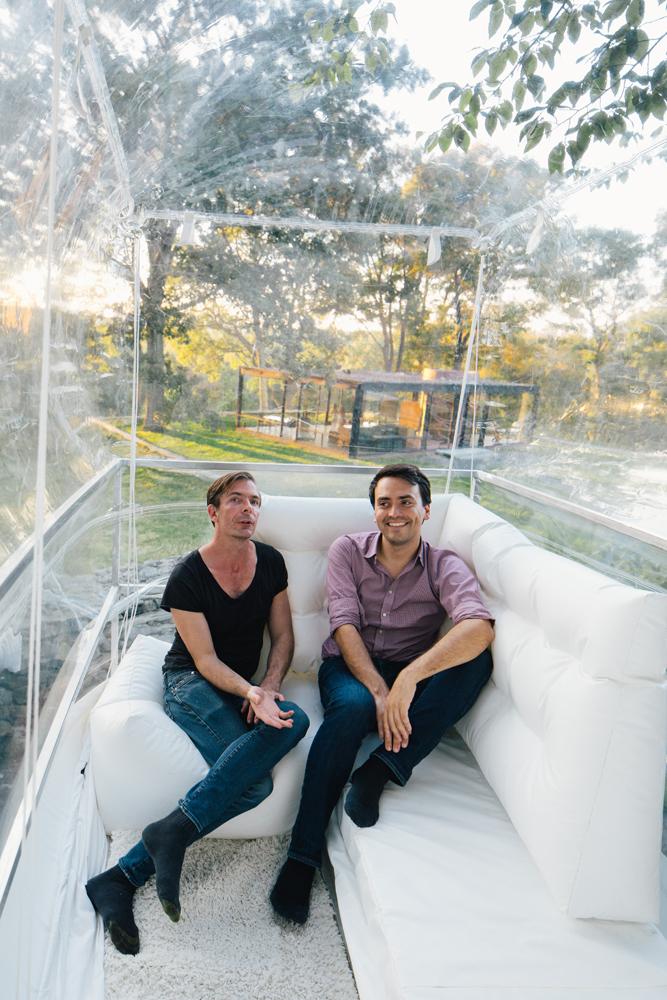 Alex Schweder's The Hotel Rehearsal combines multiple mechanisms to create a urban mobility, the automobile, an elevator, and an inflatable enclosure to create a unique living space. Merging these elements together, Schweder's mobile room creates a unique living space amongst Denver's urban areas. Ethnically, socially, economically, and culturally, the once clear distinction between city and suburb is rapidly blurring. Apartment towers are built beside single-family homes, and malls have popped up downtown. The Hotel Rehearsal is a prototype for this increasingly mixed context and a new style of living space that can easily move from one location to the other. The Hotel Rehearsal also presents an alternative perspective on the surface parking lot, an underused and disliked fixture of downtown. Hotels have replaced many of the lots, but instead of converting an entire parking lot, Schweder suggests that each space can be individually and temporarily developed. The hotel room becomes a dynamic building block for a small-scale provisional city. 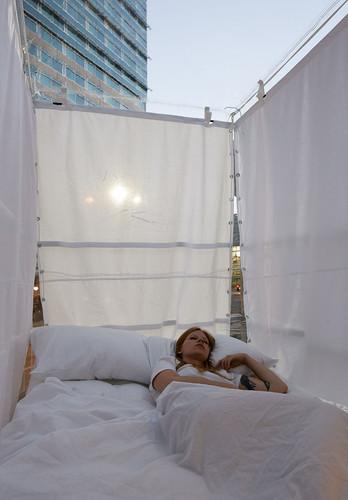