Los Angeles, CA (May 7, 2019) – Magic Jump, one of the world’s leading manufacturers of commercial inflatable attractions and the new “Home of Licensed Inflatables,” is pleased to kick-off its second wave of licensed product with the launch of all-new Toy Story 4 product (linked below).  In fact, Magic Jump is the only Official Licensee authorized to manufacture and sell “official” licensed Toy Story 4 commercial inflatable attractions in the U.S.

Given that the new Disney · Pixar Toy Story 4 film releases in theaters on June 21, Magic Jump urges customers to make a deposit ASAP so they can get the product before the film’s release date.  In support of the product launch, Magic Jump is running a FREE GIFT WITH PURCHASE (GWP) giveaway promotion where the first 20 customers to buy any Toy Story 4 inflatable attraction get two Pop! Funko collectible figures: (1) Sheriff Woody Holding Forky; and (2) Floating Buzz Lightyear. 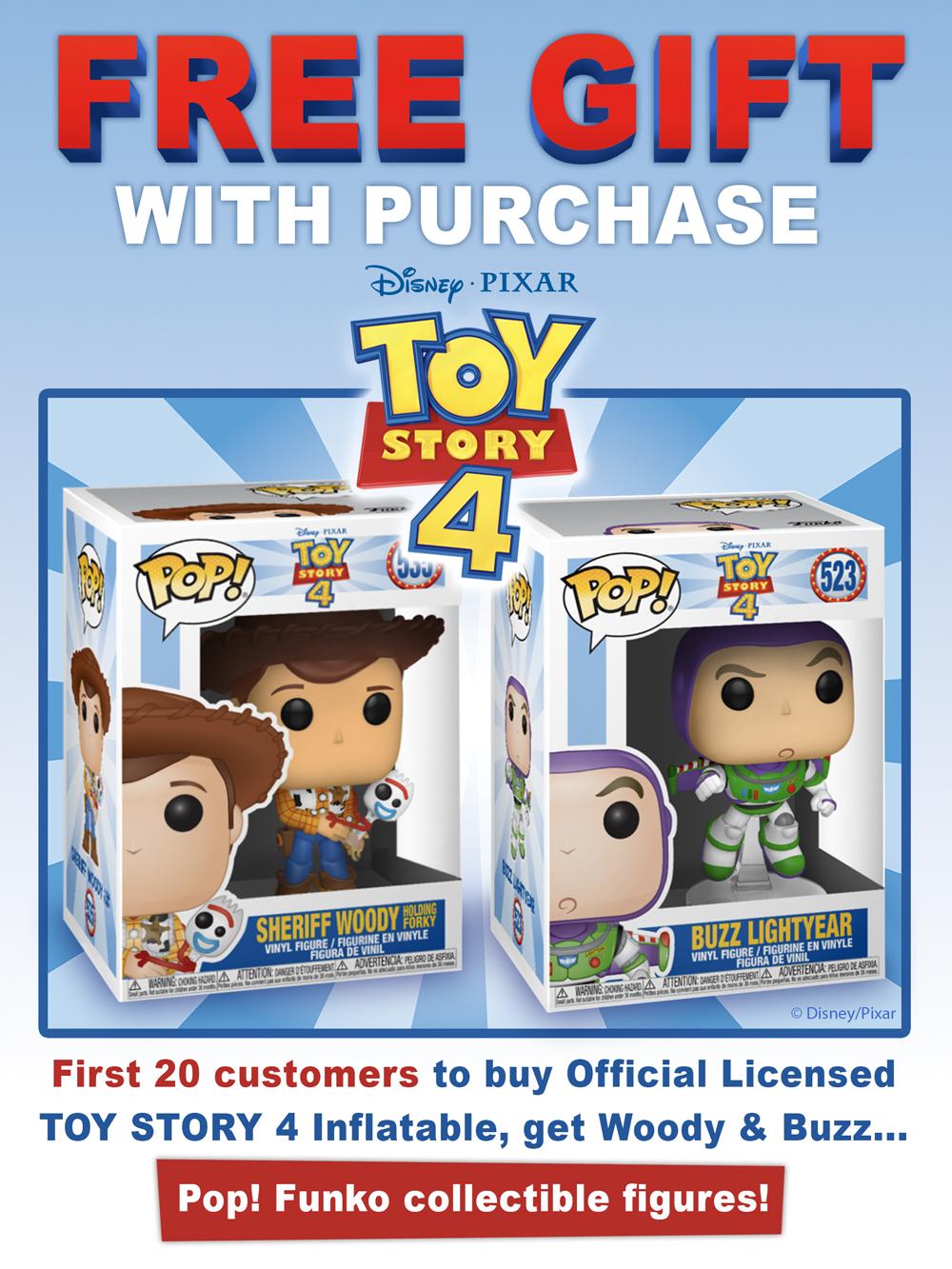 Disney·Pixar’s Toy Story 4 is a surefire hit that will reach blockbuster status this summer.  It features Woody and the rest of the toys back for an all-new adventure, welcoming new friends to Bonnie’s room, including a reluctant new toy called Forky. The 1995 film Toy Story, which launched the franchise, was the first fully computer-animated feature film and the highest grossing movie of the year. Toy Story 2 was the first animated sequel to gross more than its original, becoming the highest grossing animated release of 1999. Having released in 2010, Toy Story 3 became Pixar’s second highest-grossing film of all time behind Incredibles 2.